Published today in Marine Ecological Progress Series, the article by Phillipa Wilson (University of Western Australia) and colleagues at Pendoley Environmental, the Australian Institute of Marine Science (AIMS), and WA Department of Biodiversity, Conservation and Attractions (DBCA) describes the disrupting effect of artificial light on the offshore dispersal patterns of hatchling flatback turtles.

Newly emerged hatchling turtles monitored in this study were shown to swim in the wrong direction, against the current, in their efforts to swim toward sources of artificial light offshore. The effects of this on the turtles include increased exposure to predators in shallow waters and increased variation in their offshore bearing i.e. all going in different directions where they normally go in similar directions.

The information has been presented at international conferences and was well-received by the scientific community. This article is open access and available here. 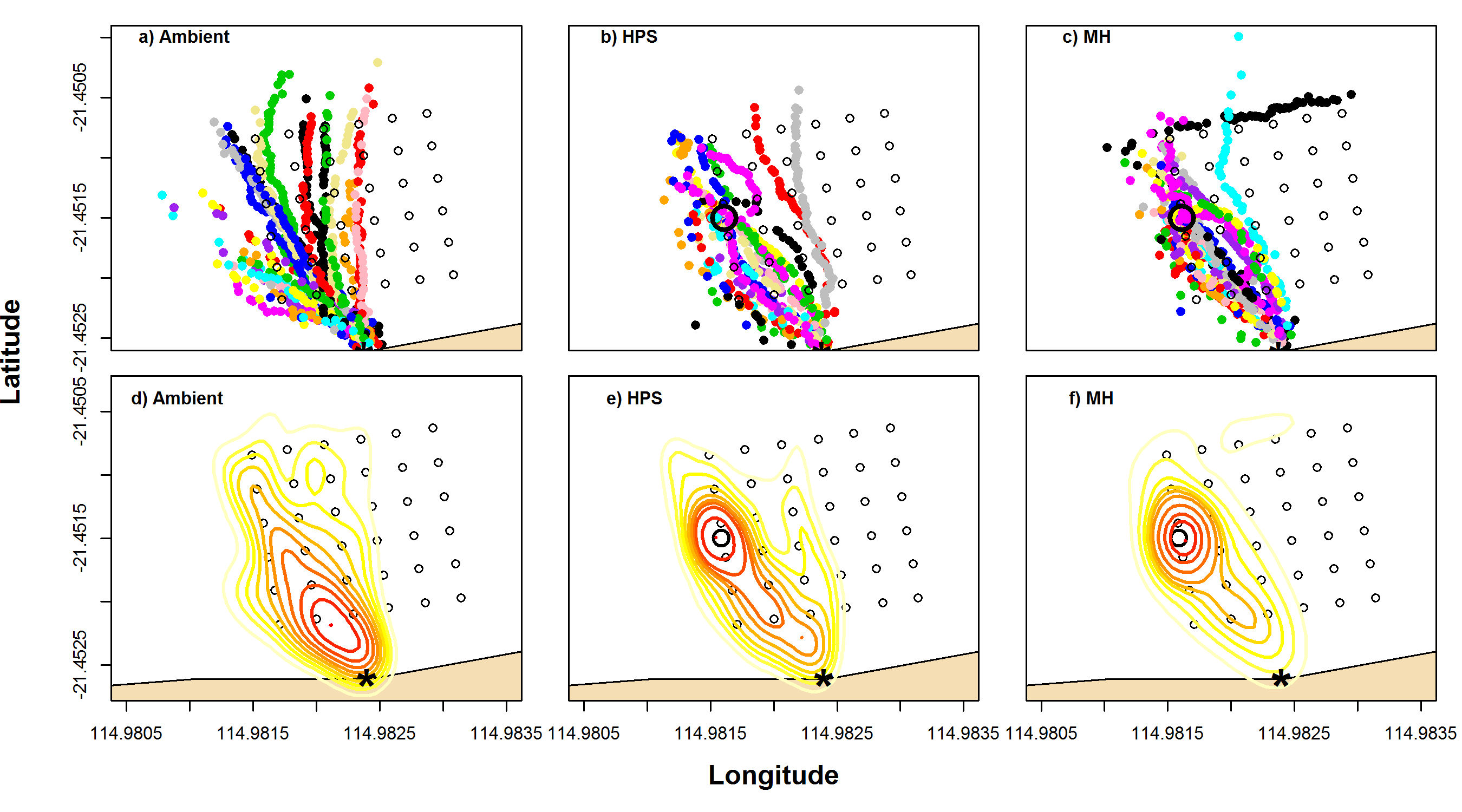